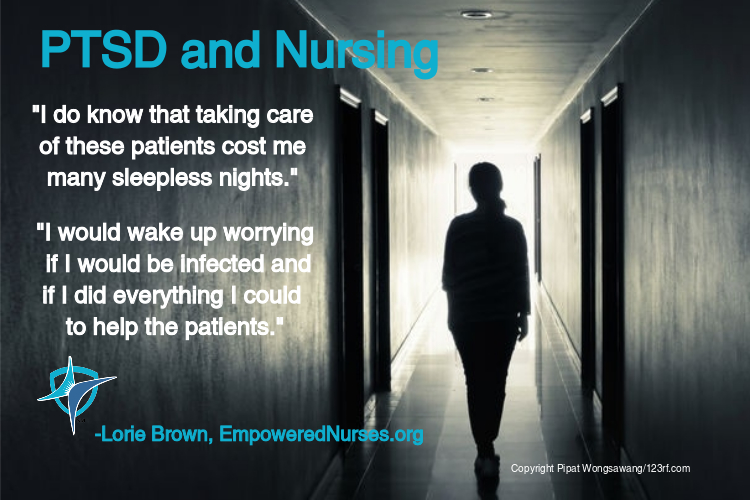 Whether or not we are on the front lines, many are experiencing what used to be called “shell shock” or “combat fatigue.”  The American Psychological Association calls it post-traumatic stress disorder (PTSD) “that can occur in people who have experienced or witnessed a traumatic event such as a natural disaster, serious accident, a terrorist act, war/combat, rape or other violent personal assault.”  As our world changes drastically, I think we all have been experiencing this traumatic event.

The major complication with PTSD is that if you don’t deal with it at the time, the effects can still haunt you long after the event ends with such reactions as flashbacks, nightmares, feelings of sadness, fear, anger, detachment or being estranged from others.  Social distancing alone possibly can precipitate this.

It is better to prevent the problem than have it occur.  One way to prevent PTSD is to vent your emotions.  Keeping your feelings stuck inside only creates for “an emotional log jam” in your body and actually can cause physical problems as well.  I know firsthand about PTSD because when I first became a nurse, I treated AIDS patients.  At that time not much was known about HIV and how to prevent it.  These patients were spewing fluids from every part of their body and it was very, very scary!

I recall one nurse running into a room where the patient had pulled out his NG tube and was vomiting.  She was afraid the man would aspirate but, nevertheless, entered the room without proper protective gear to put the NG back in and reconnect it to prevent aspiration.  I often wonder about her and hope that she is well.

I do know that taking care of these patients cost me many sleepless nights.  I would wake up worrying if I would be infected and if I did everything I could to help the patients.

That’s one reason why it was so particularly important to me to create The COVID-19: Survival Guide for Nurses and Healthcare Practitioners.  Many of our experts discussed the importance of talking and expressing your feelings to release them rather than storing them in your body.  In fact, Beryl Ryan, RN, a certified Emotional Freedom Technique (EFT) practitioner and trauma specialist discussed using EFT to release the stored emotions in your body.  She was a brand-new nurse and a 300-pound man had a heart attack and fell on her. She then developed chronic pain.  She took us through an exercise called “tapping” that releases these emotions and released her pain.  The full story is more interesting than my little excerpt so take a listen!

Shelley Brown, a mindfulness coach, taught us about how to be present in the moment so we don’t get overwhelmed by something in the past or something that may occur in the future.

Mady Stovall, PhD, RN, ANP-BC, is a researcher in the area of moral injury which is defined as ”an injury to an individual’s moral conscience and values resulting from an act of perceived moral transgression which produces profound emotional guilt and shame and, in some cases, also a sense of betrayal, anger and profound “moral disorientation.”

Mady gave a name to what happens to nurses today in not having proper PPE, being exposed to patients who are positive, some nurses even became infected and tested positive since they were not told of the patient’s condition and thus helped further spread the disease.  Mady also shared ways on how to overcome moral injury.

Regardless if you watch the videos from the COVID-19: Survival Guide, it is important for you to know that PTSD is very real and today you can ask to get the help that you need to prevent it from getting worse.  Many options are available including EAP (Employee Assistance Program) which are free to employees.

I know.  I’ve been there with PTSD.  I have been fortunate to be able to find the right tools to release it … and I hope you can too.