Your Patients Are Listening 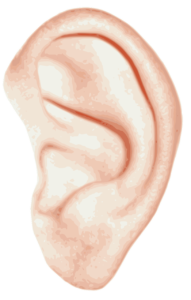 Years ago, my mother was in a coma for several months.  We practically moved to the state where she was hospitalized to be with her.

I admit it, we were the family from h—. The SICU nurses and physicians were trying to reign us in as we thought we were going to lose her.  Fortunately, she recovered.

Though she does not remember much of what was going on around her, it was surprising some of the things that my mother did remember while in a coma.

However, now some patients are secretly recording the interactions of those around them while unconscious and such audio certainly can come back to haunt you.

In the summer of 2015, Ethel Easter secretly audio recorded her abdominal surgery at Lyndon B. Johnson Hospital (Harris Health) in Houston.  Using a USB size tape recorder hidden in her hair extensions, she was shocked by what she heard on playback of the audio. Click here for full article.

She initially had been scheduled for surgery to be done two months later but, due to continued extreme pain, pleaded with the surgeon to move up her surgery date.  He reluctantly agreed but, because of his dismissive attitude, she felt it was important to record the surgical proceedings.

She was shocked by what the doctors and nurses said about her in the surgery suite while she was unconscious.

The surgeon called her “Precious” in reference to an illiterate, obese and sexually abused character in a 2009 movie by that same name.  One of the nurses made fun of her belly button, a subject on which she was very sensitive.

Although she was under anesthesia during the surgery, the conversations were recorded in their entirety.  In fact, at one point the physician ordered penicillin knowing that the patient was allergic to that medication.  Indeed, she suffered visibly adverse reactions as a result and experienced breathing difficulties for several days.

Ms. Easter sent a complaint letter along with a copy of the recording to the facility’s Director of Nurse Management who thereafter responded that “after carefully listening to the recording that you provided, Harris Health does not believe further action is warranted at this time.”

Apparently, the risk manager believed there was no wrongdoing because no one complained about the incident.

Ms. Easter may have filed suit against the hospital, but I don’t have any records of this.

If you believe that your coworkers are practicing unprofessionally, you have a duty to report it.  If you are aware and do not report it, then you are part of the problem rather than part of the solution.

In home health, it’s particularly common for family members to have a minicam in the room.  Therefore, acting professionally at all times is of the utmost importance.

Of course, patients have an expectation of privacy.  The staff also?

How do you feel about being recorded without your knowledge or consent?  Should this be expected?  Should people be required to let you know that you are being recorded?

I’d love to hear your comments below.