DÉJÀ VU ALL OVER AGAIN 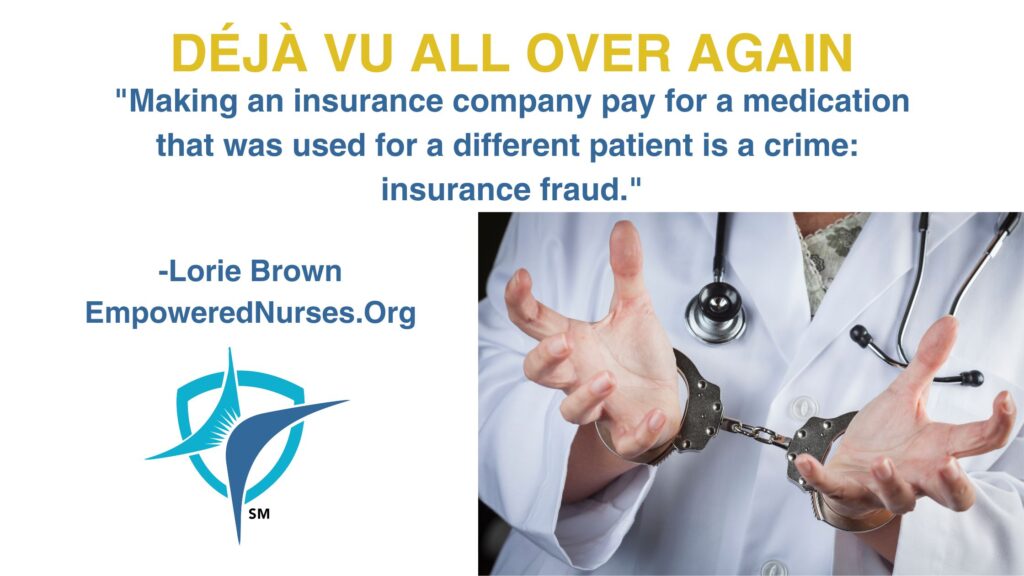 Well, it happened with RaDonda Vaught and now, there is another nurse who has been charged with murder.

This past May, a Lexington, Kentucky nurse, 52-year-old Eyvette Hunter, was charged with the murder of James Morris, a 97-year-old World War II and Korean veteran and patient at Baptist Health. Nurse Hunter allegedly administered Ativan that she reportedly had taken from another patient.

Sometime later, Mr. Morris was found experiencing labored breathing and the oxygen saturation equipment had been turned off! Nurse Hunter never called for the rapid response team! The veteran had aspirated on either food or medication, developed pneumonia, and died 2 days later in hospice.

Nurse Hunter was seen walking out of the patient’s room when she was asked “What’s going on?” She reportedly tersely replied, “None of your business!” There is evidence that Nurse Hunter took Ativan for another patient and allegedly gave it to Mr. Morris without an order.

It was found later that Nurse Hunter had edited her documentation of administering the Ativan stating that the pharmaceutical was NOT given.

Ms. Hunter’s license has been suspended by the Kentucky Board of Nursing and now she must deal with this criminal matter.

Even if the Ativan had been ordered for this patient, it is forbidden to “borrow” someone else’s medication if that ordered medication is not available for your patient. Such a determined act is considered theft.

There are proper channels to get the appropriate medication in such a situation and calling the supervisor is absolutely necessary.

Making an insurance company pay for a medication that was used for a different patient is a crime: insurance fraud.

This case is virtually indistinguishable from that of RaDonda Vaught in 2017 in that Ms. Hunter allegedly administrated the stolen medication to ease Mr. Morris’ suffering after which she purposely decided not to call for the needed life-saving services of a rapid response team.

I do not know whether Mr. Morris was a code; nurses cannot take it upon themselves to generate such a situation and then fail to perform required life-saving services.