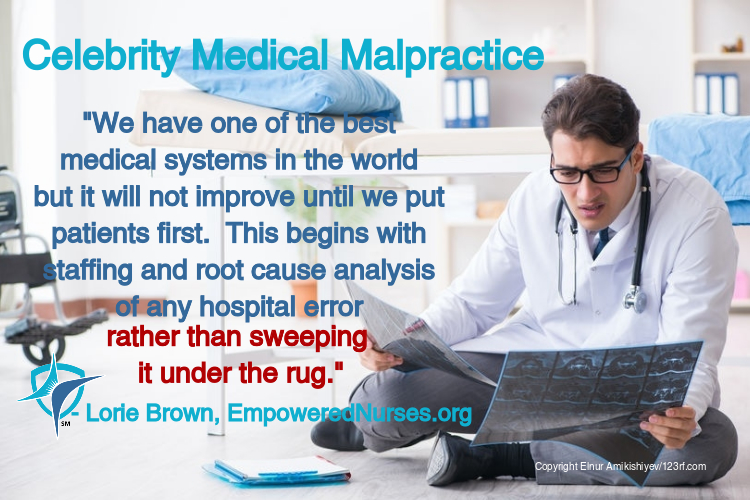 Can you believe that we recently celebrated the 50th anniversary of Apollo 11 moon landing?  And Neil Armstrong was the first to walk where no man had ever gone before.  Who can forget his historic voice from a quarter-million miles away: “That’s one small for [a] man, one giant leap for mankind!”

However, I was saddened to hear that his passing away seven years ago was due to medical malpractice.  I was surprised that during the landing anniversary it was revealed that there had been a $6,000,000 medical malpractice settlement on behalf of his family.

Though in good physical condition throughout his life, Armstrong had been hospitalized in the past.  In 1979, while working on his Ohio farm, he caught his ring finger in the gears of a tractor and the digit was torn off.  He drove himself to the hospital with his ice-packed finger where it was surgically reattached.

But in August 2012, the 82-year-old astronaut underwent heart surgery at Mercy Health Hospital in Cincinnati, Ohio.  He died 2 weeks later.

During that surgery, a pacemaker was implanted and when the device’s wires were removed, he began to bleed.  He was taken to the cath lab rather than straight to the operating room.  The bleeding resulted in a rapid drop in blood pressure and an echocardiogram was performed showing significant and rapid bleeding.  Had he been taken directly to the operating room; he could have been saved.  The decision to go instead to the cath lab was a major error.

No one, not even the famous, is immune from medical errors.  Research shows that nearly 1 in 5 (19%) of elderly patients die as a result of their medical care.  Common injuries noted included being given the wrong medication, having an allergic reaction to a medication or receiving treatment that led to more complications than the existing medical problem.

Medical errors are the 3rd leading cause of death in the United States.  Research has shown that as many as 225,000 Americans die from hospital related causes.

We can do better than this.

We have one of the best medical systems in the world but it will not improve until patients are put first. This begins with staffing and root cause analysis of any hospital error rather than sweeping it under the rug.

What does your facility do to prevent medical errors?  How can we reduce this number?  Please let me know your comments in the section below.