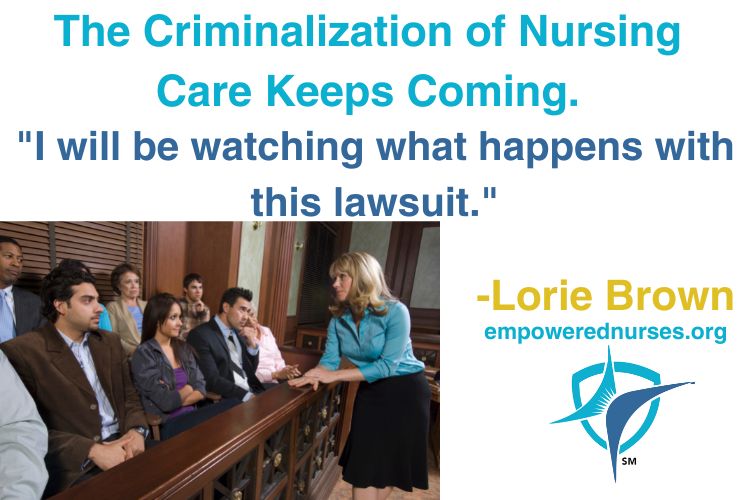 DonQuenick Joppy was a good nurse who received three Daisy Awards while working at the Medical Center of Aurora in Colorado where she was the only black nurse on staff.  Sadly, she was frequently humiliated and ignored by many of her coworkers and was denied growth opportunities.

At the Center, Ms. Joppy was assigned three patients in the ICU where the nurse-to-patient ratio should have been only one or two patients.  She had tried to transfer out of the unit, but all of her requests were denied. She had been chastised for her presentation of improper body language and tone.

Following an investigation, the hospital fired Ms. Joppy for not waiting until the arrival of the respiratory therapist to proceed.  A year after she was terminated, the matter was turned over to a prosecutor and Ms. Joppy was charged with manslaughter, negligent death of an at-risk person and neglect of an at-risk person.

Fortunately, the criminal charges were dismissed “in the interest of justice.”  But even though Ms. Joppy still has an active nursing license, she claims now that she is unable to get a job because of the manslaughter charge despite that charge being subsequently dropped.  Ms. Joppy followed up by filing a discrimination complaint against the Medical Center.

My heart goes out to Ms. Joppy.  Hers is a story that seems to be frequently heard.  Currently, she is practically homeless for want of a job.  For those sympathetic to Ms. Joppy’s situation, there is a GO FUND ME page to help.

I will be watching what happens with this lawsuit.  Often attorneys do not want to take these types of cases because such are difficult to prove.  However, I hope she will be vindicated.